Check out these fun Halloween listings from our team members!
(all titles link to the listings) Email ThisBlogThis!Share to TwitterShare to FacebookShare to Pinterest
Labels: our team

What's so great about pins anyway?

I was having a conversation with my husband today about why I love diapers with out snaps or aplix. He even asked to learn how to pin today! So I taught him and he got it!. I am so proud of him. Then we talked about what are the benefits of using pins and snappis and why people like using them over snaps or aplix.

While some may think using pins is old fashioned, there are several great reasons why they are my top fastening choice. I hear many times Mamas saying that their little one can easily take off their snapped or aplix diapers and making a huge mess. With locking head pins it is nearly impossible for them to do this. Even up to age 5 opening one is tricky.

Pinning also allows for great size adjustability, and NO diaper snakes in the wash! NO yellowed, curled, and fuzzied aplix either.

You aren't confined by specific snap placement and also don't have to worry about your snaps getting mishapen in the dryer, causing them not to snap properly.

Often times you can get a pinnable diaper to fit a super small baby all they way up to a chunky toddler. This makes Pinnable diapers so much more economical. The bottom line is they last longer, and they fit longer.


It does take some practice to get pinning right, but once you get it you will love it!

Here are some key tips I tell my customers.
1) make sure that you have 2 fingers on the underside of the fabric to protect baby.
2) pull fabric so it is stretched tight.
3) enter the fabric so the pin is positioned horizontally and come back out through the fabric about an inch away from where you entered.
4) Buy good quality sharp pins. I buy curved metal locking head pins.

The fabrics I chose in my diapers are easy to pin and snappi, the pins glide through the Organic Bamboo/Cotton terry like butter and the snappis grab hold of the terry loops easily as well. Check out my Flexible Fitteds and Night Righters in my etsy shop!

Posted by Anonymous at 2:22 PM 6 comments

Email ThisBlogThis!Share to TwitterShare to FacebookShare to Pinterest
Labels: information about cloth diapering

Email ThisBlogThis!Share to TwitterShare to FacebookShare to Pinterest
Labels: our team

Laina's Laundry has several sets of cloth wipes available, with more on the way! I absolutely love the soft plushness of organic bamboo velour and bamboo fleece combined with cute flannel prints. All generously sized and fit nicely into wipes containers when folded in half. Besides making cute washable baby wipes, my "washies" also make great clean-up cloths for any mess or luxurious washcloths for the bathtub! Check them out today! 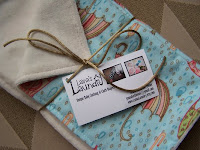 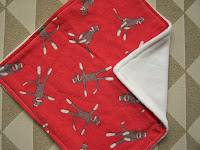 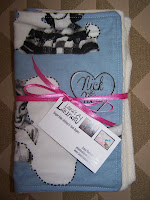 After Joy's nice article about diapers sprayers, I'll remind you something wonderful here. As long as your baby is exclusively breastfed, you don't have to deal with scraping anything, it will just wash off like yogurt in the laundry. How great is that.

However, that liquid poop also stains like you can't believe! Okay, some will tell me, "who cares, it's a diaper". But many other moms like me want nice clean diapers, at least once in a while.

So I am giving you this useful tip on how to bleach your diapers: Wash as usual, no special bleach needed, and just hang them in the sun after. The sun has amazing bleaching and disinfecting properties and will whiten your diapers like magic.
I have tested it with fresh stains and old stains, they all disappeared. I live on the rainy West Coast, and I have even managed to bleach diapers and a poopy outfit in the middle of January pooring rain. It took longer but there still seem to be enough UV rays to get the stain out.

It will also work in freezing temperatures, if you ask your parents, they might have stories about their own parents/grand-parents "drying" their diapers out in the winter. Knowing what I know now, I am guessing my Grand-Mother wasn'st drying them outside. She was smart enough to dry in the house by the fireplace. She was using the bright winter sun for bleaching.

If you find your diapers crunchy after drying outside, I suggest to fluff them in the dryer with a damp towel for a few minutes before folding them and this should soften them.

Here's an interesting article about sun bleaching if you want to learn more: http://www.associatedcontent.com/article/309631/the_bleaching_power_of_the_sun.html?cat=58

Posted by Petit Mouton on Etsy at 9:53 AM 1 comments

Email ThisBlogThis!Share to TwitterShare to FacebookShare to Pinterest
Labels: information about cloth diapering

After a short hiatus to gear up for a craft show that came and went, I am now re-stocking Laina's Laundry with fashionably embellished prefolds, cloth wipes, baby leg warmers and dresses! I will be listing several things over the next few days and weeks so check back often for new items. Here is a preview of some of the prefolds and wipes I will be listing: 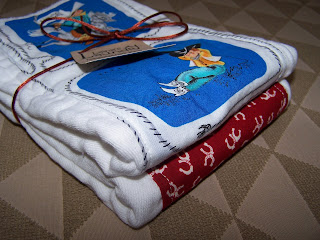 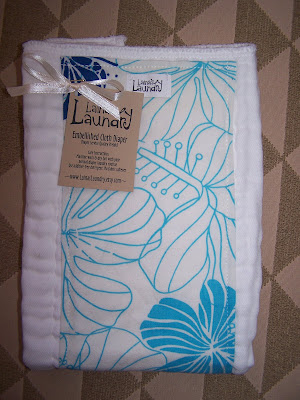 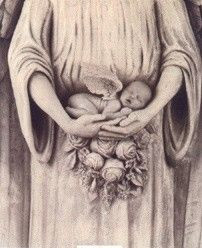 October is Baby Loss Awareness month. And in honor of the angels that didn't stay on earth, we will be donating 10% of our sales for the week of October 11th through the 18th. The donation will be going to a group called Share; a online support group for parents of baby loss.

Also check out the treasury to see some of the wonderful creations by the Etsy Cloth Diaper Team.
Posted by momofwildones4 at 6:31 PM 0 comments

Email ThisBlogThis!Share to TwitterShare to FacebookShare to Pinterest
Labels: promotions

I just wanted to post today and say how much I love my diaper sprayer!

When I have a conversation with somebody about cloth diapers, usually their first impression is that I must spend hours each day crouched over the toilet, up to my elbows in poopie water as I scrub out the diapers. "Wow, that's too much work for me, I mean all that washing by hand!"

Well, I don't wash diapers by hand. We have this new invention called the washing machine and it does the job for me. Oh, you have one too? Oh right, I can tell you're concerned about washing out the poopie diapers in the toilet. I promise it's not that hard. You can just hold one corner and swish. Or get yourself a diaper sprayer, it makes the diapers come really clean with minimal effort, and you don't have to get your hands wet or soiled.

At this point in the conversation, the person starts to think that maybe I'm not just some kind of crazy hippie masochist. Let's face it, thinking about rinsing out a diaper in the toilet is usually the main reason that sends most parents to the disposable diaper aisle in the grocery store. (Interestingly enough, disposable diapers also should be rinsed out. Check the tiny wording on the package. It's illegal to throw poop in the garbage.) My diaper sprayer makes the job so quick and easy. They are relatively inexpensive (about $35 for my mini shower) and quick and easy to install. It's just like having a kitchen sprayer on your toilet. The same water that comes from your house plumbing into your toilet tank is temporarily diverted into the sprayer. You can purchase one of these sprayers at various online diaper shops, or make one yourself from a kitchen sprayer.

I've had my sprayer for several years, and the pressure can be small or great depending on the kind of water pressure your house has. The mini-shower has an adjustable valve that lets you lower the pressure, and in my house we use it about half-way on. It takes a bit of experience to get the pressure high enough to get the diaper clean, yet low enough to not have to wash poop off of your bathroom walls!

At one point a few months ago, I decided to buy something totally indulgent when my parents gave me some birthday money: a potty pail. This ingenious invention is quite simple, really. It's just a bucket with a hole in it, and an attachment to make it rest on the rim of the toilet. I'm sure I could have made one myself, but hey, it was my birthday. I can not begin to describe how much I love this bucket! My reason for buying it was that the pail promised to contain the overspray so I wouldn't have to wash my bathroom walls anymore. After using it, I realized that it was helpful for more reasons. For one, it lets the diaper rest on the bottom of a relatively clean bucket instead of in dirty water in the toilet bowl. All the offending solids slide nicely down the hole and out of site. This makes rinsing out the diaper even easier. And secondly, my potty pail came with a lid, which means I use it as a second diaper pail for hiding the diapers that need to be sprayed. It's very convenient. I'm not ashamed to admit that I have let as many as four poopie diapers wait in the potty pail until I am ready to throw all my diapers in the wash. At that point, I set the pail on the toilet and spray them all out. It's a super quick job, no bending down, no soiled hands, and is only done twice a week. I love it!

So, for all our readers with queasy stomachs that haven't gotten up the nerve to wash out a dirty diaper, try the sprayer or the pail. You'll love it too!
Posted by Joy at 3:46 PM 4 comments

Some members of our team enjoy creating products within themes to help add variety to our stock. We'll post a list of participating shops for each theme when it begins, meanwhile, here are the upcoming themes and dates: