The Etsy cloth diaper team has been busy adding exciting new items to our September theme collections. From rocket ships to aliens, from diapers to covers to wipes, I think you'll agree that this month's selections are truly 'out of this world'. Posted by Banana Bottoms Cloth Diapers at 8:27 AM 1 comments

Email ThisBlogThis!Share to TwitterShare to FacebookShare to Pinterest
Labels: our team, promotions 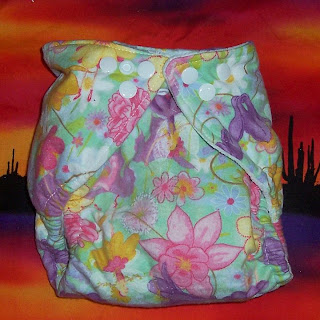 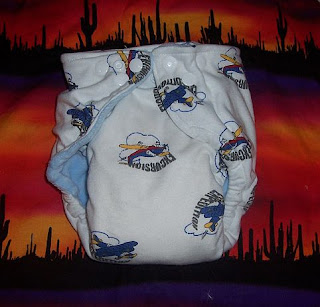 With summer sadly(very sadly)coming to a close and kids going back to school , I've been trying to start getting more diapers up.
I've bought some lovely flannel and knit fabrics. I have some of the cutest prints coming in September.
I hope everyone continues to enjoy the sunshine.
Erika
http://www.erikaschiquis.etsy.com/
http://www.erikaschiquis.blogspot.com/ info on diapering on the right side
http://www.loschiquitosdiapers.com/ Main store
Posted by Erika at 10:16 AM 0 comments 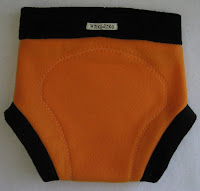 I just listed a custom slot specifically for Halloween themed diaper covers...you pick the size and color combination (Orange with black trim or black with orange). Quick turnaround too! Fall will be here before you know it *sigh*, may as well be prepared!
- Jen at Winkydinks
Posted by Winkydinks at 1:11 PM 1 comments 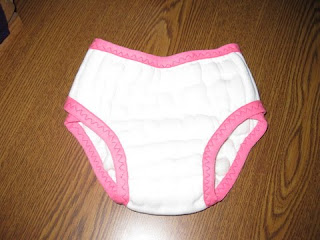 Recently I won an interesting bid on Alchemy - to convert prefolds into trainers. After a few convos, the Momma and I had a plan for what we needed. I had not heard of making trainers using prefolds prior to this, but gosh, what a great idea! (It has since been brought to my attention that another Etsy seller, Simply Sanity Creations, has been making these as well.)


I use FOE to bind while creating a snug fit on your little one. With side closing snaps, these Trainers make changing the poop accidents super easy. No more struggling to carefully pull a regular trainer down your little one's legs in the hopes of not making a mess. 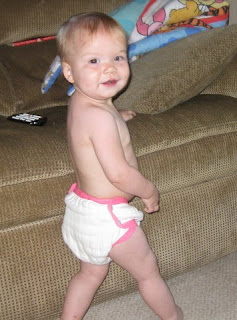 There are two ADORABLE models shown - an infant and a toddler. Photos were taken prior to the Trainers being washed, so you can be assured the fit will be better on your child, since the FOE shrinks slighty with the first washing.

The Trainer itself has a rise that measures 17 inches. three rows of snaps make this Trainer fit throughout your little one's potty learning stages - no need to purchase additional sizes as they grow, saving you money in the end. 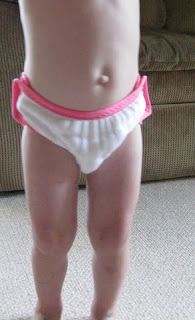 "Your Family is Better."

I just had to share this funny experience I had the other night at a church potluck. I was sitting at the table with my 2-year-old when another little girl (about age five) sat down next to me to chat. She looked at my daughter and asked, "Why does she wear that different kind of pants?" I looked at Lola's wool longies and asked, "What do you mean?" "Well, she doesn't wear the normal kind of pants like mine," she said as she pointed to her jeans.

So then I explained to her that Lola does not yet use the toilet, she is still wearing diapers. I pulled her waist band down slightly to show this little girl that the diaper was made of cloth, not plastic. I told her that the pants she wears were special wool pants that keep the wet diapers from soaking through. She looked at me with the wheels in her head spinning as she processed this bit of information. Her next response was, "So, your family is better than ours?" I was stunned that she would come to this conclusion and did not know how to respond! I just smiled at her and thought, hmmm, I'm sure that in some ways her family is better than mine. But when it comes to the kinds of diapers we choose to use on our babies, I believe my family has made the better choice.

It always amazes me that children can so easily come to the conclusion that cloth diapers are WAY better than disposables (in contrast with their parents that are not so easily convinced). Two nights ago when I talked to this little girl, I didn't give her any kind of reasons why we used cloth, I simply stated that we did. All she had to do was glance at the diaper. She immediately decided that the cloth diaper looked much better than the paper & plastic diapers that her little brother wears.

I remember a similar experience several years ago. I was watching my seven-year-old niece at my house and sneaking in a little diaper sewing at the kitchen table. My niece was fascinated with the sewing and sat down beside me to ask what I was making. I told her I was making some diapers for my son, and she said, "my mom doesn't make diapers, she just buys them at the store." I then explained to her that the ones I made were special because I could wash them and use them over and over again. The kind her mom bought at the store were made of paper, so you can only use them one time and then throw them in the garbage. She thought about this for a moment as she watched me sew. Then her face lit up as she said, "When I'm a mommy and I have a little baby, I'm going to use these kinds of diapers too, not the throw-away ones!"
Posted by Joy at 4:06 PM 2 comments

To clear out my summer inventory, I'm offering all my in-stock wool shorties and soakers at 50% off the regular price. Grab them while you can! There's some really cute stuff left! 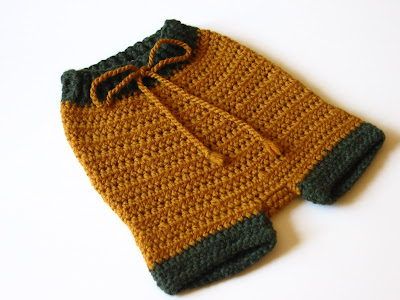 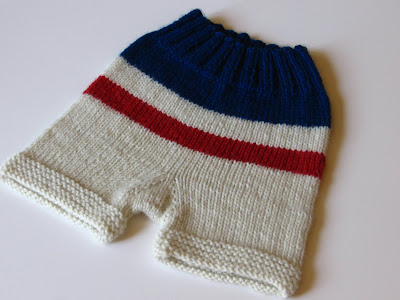 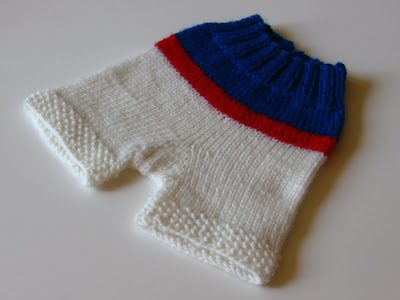 www.dutchbabydudz.com
Posted by Kelley at 8:59 AM 0 comments

Back to Nature Cloth Diapers

August's theme is 'Back to Nature'. Here are some more examples of members' cloth diapers and cloth diaper covers. Keep checking back as we add more!
Posted by Banana Bottoms Cloth Diapers at 4:31 AM 0 comments

Some members of our team enjoy creating products within themes to help add variety to our stock. We'll post a list of participating shops for each theme when it begins, meanwhile, here are the upcoming themes and dates: